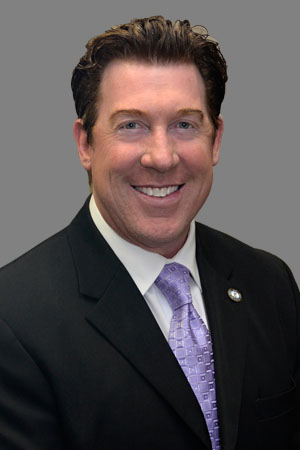 Connect with me onÂ LinkedIn.

Richardâ€™s family has been in the commercial real estate business since 1944. His indoctrination began in his early 20’s while attending the University of the Pacific in Northern Californiaâ€”learning how to evaluate and acquire assets for the family portfolio, Roseben, Inc.Â  After graduation, Richard took a position as a mortgage broker, originating loans for CA based retail lender, Plaza Funding. In early 2002, Richard took the helm as the Principal Broker of Estate Source, LLC. which began as a small residential property holdings entity that later evolved onto a full-service residential brokerage. The subsequent establishment of LOM Properties brought him back to his commercial real estate roots whereby offering the Lexington-Bluegrass area a high-end commercial firm that focuses primarily on white-glove property management. For the majority of Richardâ€™s adult life, he continued to serve as Rosebenâ€™s Executive Vice President where his responsibilities still include, but are not limited to, Commercial Retail Acquisition, Joint Venture Financing and Operational Management. Richard, has also been involved with the acquisition, disposition, leasing and financing of multiple corporate tenants such as Cost Plus, Ferguson Plumbing, Barnes & Noble, Office Max and Yum Brands.

In his mid-40â€™s Richard earned his CCIM from the Ward Center of Real Estate Studies and four years later he graduated from NKU, Salmon P. Chase College of Law with his Juris Doctorate. To his credit, Richard is the only professional property manager in the state of Kentucky who is a licensed Broker, CCIM and licensed Attorney.

Richardâ€™s supplemental experience as an award-winning television news reporter & anchor (NBC & ABC) further exposed him to the nuances of market demographics, viewer patterning, promotional development and video production. This 16-year career ultimately bestowed him with a comprehensive and highly unique set of marketing skills that continue to benefit his real estate clients in an unparalleled capacity.

As a Nicholasville resident, Richard is also very much involved in his community as a member the Lexington Rotary, Lexington Club and as a Kentucky Colonel. Just donâ€™t ask him about his golf gameâ€”itâ€™s a sore subject.